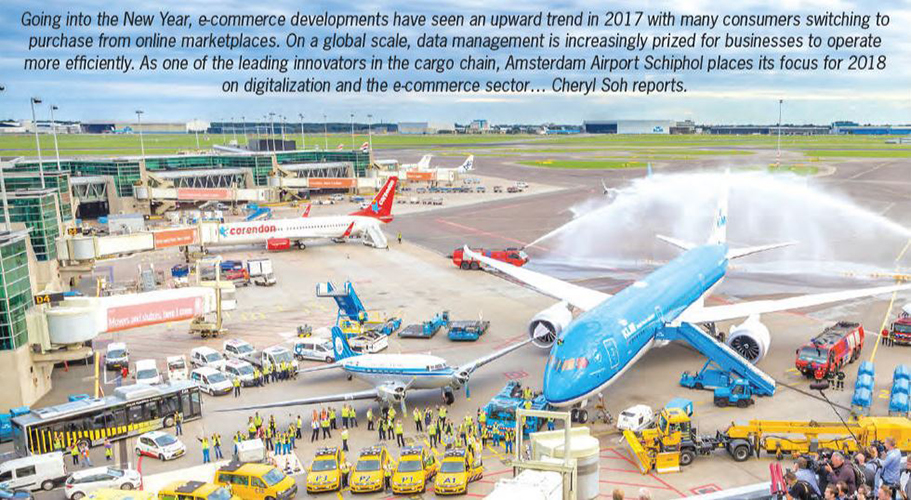 Last December, clandestine teams of Chinese executives began showing up at airports across Europe, probing the facilities that they visited for strengths and weaknesses. They tracked shipments, timed customs delays, rated services and mapped out logistics infrastructure.

While these cloak-and-dagger movements may seem to be wrapped in political intrigue, of a sort, this isn’t the beginning of a spy novel. Rather, the covert investigators were representatives of China’s largest e-commerce companies, such as Alibaba and JD.com. And instead of espionage, the visitors were doing their research for a massive realignment of e-commerce supply chains underway in anticipation of Brexit’s deteriorating trade conditions between the U.K. and Europe. With e-commerce, timing is everything, and companies that succeed can’t be held back by customs delays and bad management.

Amazon Prime’s two-day delivery started out as a competitive edge and quickly evolved into an expected delivery time. Airports across the world are scrambling to adapt to these new expectations, rushing to embed themselves in one of the most promising markets in decades.

With Brexit looming, the stakes are increasing. “The tsunami is coming,” said Bram Jan Steefland, managing director of Via China. “The nature of general cargo is changing from just ten pieces to hundreds or thousands of pieces that need to be customs-cleared.” Steefland’s company runs a digital platform that brings together different airfreight companies to facilitate e-commerce.

Most airports are being caught unawares. Around the world, outdated customs policies, disjointed handling operations and other dated approaches and technologies are preventing airports from taking advantage of e-commerce. “It’s what happens on the ground that matters,” explained Stan Wraight, president and CEO of Strategic Aviation Solutions International (SASI). “Airports and airlines today that don’t participate in this bonanza will lose the cargo to what goes wrong on the ground, not because of what they are doing right in the air.”

E-commerce has arrived. It’s no longer a matter of preparing, but one of adapting. Airports that saw the signs early enough have taken steps that warrant closer attention and emulation of what they are doing right “on the ground.”

Steefland said that the technology exists to not only monitor, but also expedite packages through airports with the same efficiency as FedEx might exercise out of its Memphis hub. At Amsterdam Schiphol Airport(AMS), the industry may now be seeing a glimpse of the future for seamless cross-border e-commerce.

Schiphol is creating a virtual e-commerce network on a number of fronts, linking the Netherlands-based hub to a growing list of equally e-commerce-minded counterparts. The airport has launched a customs data-sharing project, called “Customs-to-Customs,” to ensure a smooth clearance process.

Companies like Via China are working with the airport to build out a data-rich platform that reduces the time spent on each package. “All we need to do if we want to scale up,” Steefland added, “is increase more space in the cloud from Amazon.”

Adapting to e-commerce has been unlike any challenge the industry had faced before. It began decades earlier with FedEx, UPS and DHL reading the writing on the wall early, pivoting and reaping the benefits today. Now it’s the rest of the industry’s turn, but its much harder for a multitude of loosely connected companies to cooperate than it is for a handful of highly integrated institutions.

Somehow, the integrators are getting their packages around the world, through multiple customs agencies, and onto the customer’s doorstep in 24 hours. “UPS Express or DHL Express are A-level services, but they also charge an A-level price,” said Steefland. Having cornered the market, there’s nothing to stop them from charging what they want, but the question remains: Can airports, airlines and forwarders compete?

The best way to summarize this disadvantage is that most airports aren’t thinking like integrators. As cargo moves from belly holds to warehouses, each handoff occurs in a vacuum – information about each transaction stays between the two parties, and that process is repeated over and over until the shipment makes it to the destination. That’s a squandered opportunity to generate the sort of data that speeds up transactions and customs clearance.

Any plan to address these shortcomings needed to move on two fronts: the internal and external. On the internal side, airports and their partners needed to make each player communicate with the supply chain. On the external, airports needed to integrate into networks of like-minded hubs to create a global platform. If executed properly, this would create a network that could dwarf any competition.

Airfreight businesses have spent decades eyeing their passenger counterparts with a mixture of envy and admiration. Every hour, millions of people walk into airports, check in at the kiosks, walk through immigration, get on the airplanes, fly to their destinations, go through immigration, pick up their bags at a carousel, walk through customs and leave. “Why can’t you do that with cargo and e-commerce?” Wraight wants to know. “It’s because of how the IT systems are set up. The airports and customs agencies haven’t coordinated like they do with passengers.”

In the wake of Sept. 11, 2001, governments got serious about sharing data on passengers. If you flew into the U.S., you were preceded by a slew of data that made it possible for U.S. Customs and Border Protection (CBP) to do some pretty granular profiling. By the time you walked up to the customs window, an algorithm had already decided whether or not they wanted to question you, and if so, what those questions would be. In spite of its seeming complexity, the system was remarkably efficient.

Now imagine if a non-government player such as Burger King automatically relayed a lunch order in Heathrow to the CBP in JFK, just in case a customer’s propensity for cheeseless cheeseburgers was an indicator of a shady disposition. It’s not, but switch out passengers for freight, and similar interactions with the package are an opportunity to generate and enrich data.

That’s the approach that Via China took in Amsterdam. “We approached the situation as an IT startup,” said Steefland. “We looked at it from a data perspective, to get those fragmented parties into one platform and one service for the e-commerce market, similar to what UPS and DHL offer, but using airfreight cargo and consolidated airfreight.”

Skipping along at Schiphol

The developments out of Schiphol have been so rapid that there’s a temptation to revert to bullet points to cover their scope. What garners fewer headlines but is of equal importance is the mindset and approach that Schiphol embraced in their efforts to become an e-commerce gateway.

“Our role is to connect all relevant parties of the e-commerce supply chain, and to understand how we can create a reliable and efficient e-commerce gateway that meets the requirements of all parties involved, including customs,” Saskia van Pelt, director of cargo business development at Schiphol Group explained.

It’s worth noting that AMS is undertaking this transformation against the backdrop of a thoroughly mature bureaucratic and economically developed environment – where change requires real commitment. In this environment, the airport has brought together a multinational list of government agencies and institutions to realize its goals. “Our Customs-to-Customs pilot project is backed by the E.U. and China and aims to reduce lead times and Customs procedures and increase security in the supply chain, through data sharing between customs,” Van Pelt explained.

The first Customs-to-Customs shipments arrived at Schiphol late last year and, based on the initial success, van Pelt and her team are looking to strengthen ties with Shanghai Pudong, Schiphol’s largest export market, as well as with Guangzhou Baiyun International.

They are also creating a domestic platform for companies and government agencies to cooperate and share the data required to move packages as quickly as possible. “Customs plays an active role in the e-commerce task force at AMS airport, which gathers regularly to assess the state of the e-commerce market, and what we need to be doing to stay ahead,” Van Pelt said. “These discussions have resulted in the launch of the VENUE simplified declaration last year, specifically created for lower-value e-commerce shipments. The aim is to support smaller shippers especially with access the growing e-commerce market.”

Steefland concurred, explaining that Netherlands customs cooperates with local businesses “like a business partner.” While many customs agencies around the world lay down the law, and expect to be obeyed, the Netherlands works with businesses to find the most productive and safe option.

Another part of Schiphol’s e-commerce gateway strategy is its Compliance Check program, which launched in May 2016. Almost two years later, it’s a success, providing a roadmap for carriers looking to get into the e-commerce market.

Air France-KLM was also quick to realize the potential of e-commerce. “We see this segment growing very rapidly,” said Marcel de Nooijer, executive vice president of AF-KLM Cargo. “From an infrastructure point of view, we also anticipated the strong growth of e-commerce by opening up a state-of-the-art sorter facility in our Schiphol premises at the end of last year.”

Without any e-commerce cargo products, or even precedent in the market, AF-KLM threw its weight behind a slew of pilot projects and startups that showed e-commerce potential, including 12Send, a European e-commerce delivery startup that uses belly space to move expedited deliveries. “This is a collaboration between Schiphol Airport, Parcel International and KLM,” de Nooijer explained.

The 12Send project started on the AMS-BCN lane and is expanding to other intra-Europe lanes. Casper Plat, partner at Parcel International, said 12Send “joins our strengths to the benefit of our customers, who are demanding shorter and shorter fulfilment times.”

AF-KLM has also started a small-package, door-todoor delivery concept called “ShippingBlue,” which is now embedded in the carrier’s passenger website for small- and medium-sized customers. This service, called “bluebizz,” is based on a digital platform that connects flight segments to various door-to-door plans.

When the carrier opened its sorting system, which can handle more than 2,000 items per hour, de Nooijer said that, “e-commerce is a fast-growing branch in the cargo industry. This innovative system allows us to keep pace with the rapid increase in post and express consignments.”

Taken together, the new sortation facility, startups like 12Send and AF-KLM’s small-package-friendly attitude indicate that the collaboration is moving towards competing with the integrator model. It’s still early in the game, but with the right collaboration and data sharing, the airport and its biggest carrier are assembling an impressive array of infrastructure and corporate muscle.

Time is running out for airports, and last year’s clandestine Chinese visitors have probably already chosen their new hubs. But we’re still in the opening chapters of this story. Last year, China’s cross-border e-commerce trade grew by 80 percent, and those numbers are depressed more by limited capacity and regulations than by demand.

SASI’s Wraight said he wants airports to play a bigger role in this story, but for that to happen, deep cooperation and data transparency need to become the norm, not the exception. 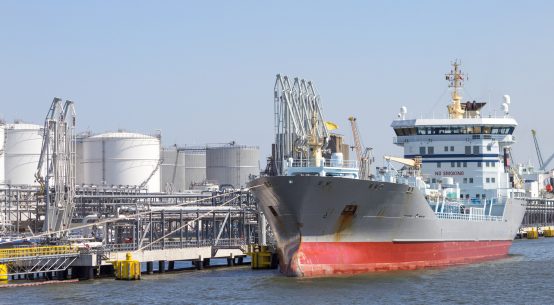 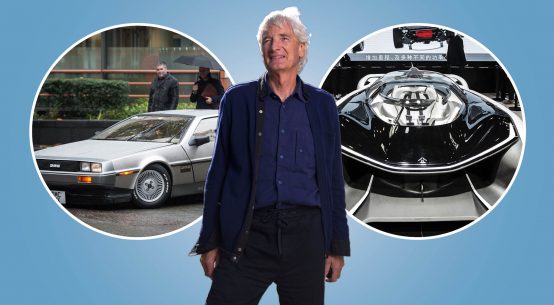 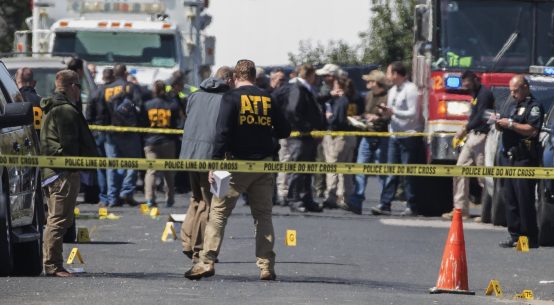 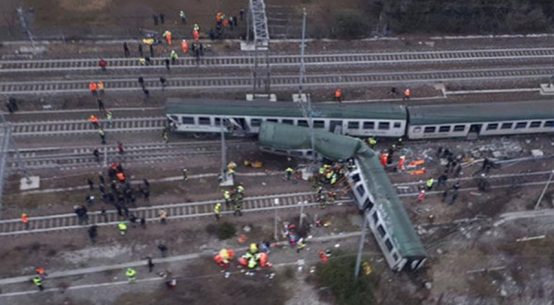 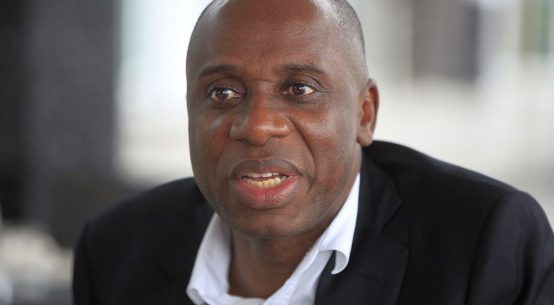 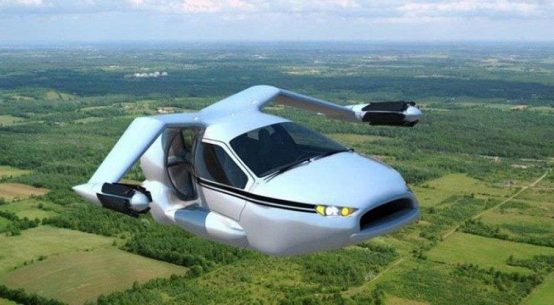